Bree Hill is a Coillte Forest which is noted for its aesthetic and recreational value.

The geology of the hill is Ordovician Rhyolite, a silica rich rock which was produced by a volcanic eruption roughly 400 million years ago.

During this period the newly formed hill was probably a small island surrounded by a warm tropical sea.

Bree hill features three looped walks, individually waymarked, which start at the trailhead at the car park of Bee Community Centre in the village of Bree. 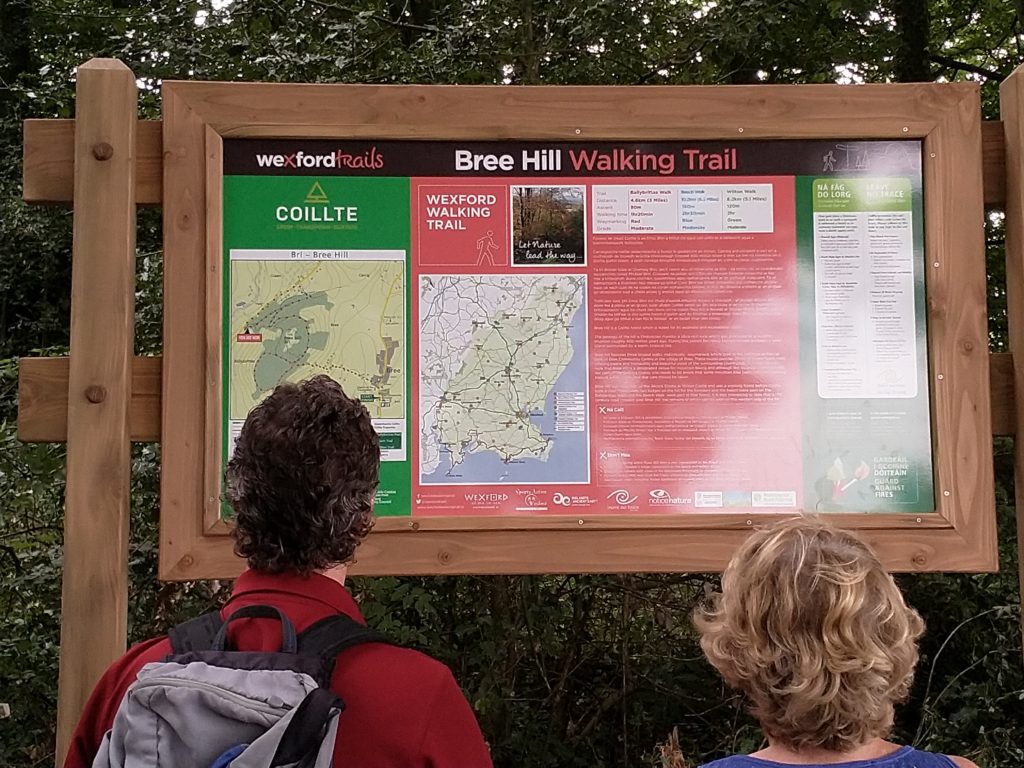 It is important to note that Bree Hill is also a designated venue for Mountain Biking and although the Mountain Bike trails are not part of the walking trails, one needs to be aware that some mountain bike paths cross the walking routes at a few points and due care should be taken.

Bree Hill was once part of the Alcock estate at Wilton castle and was a working forest before Coillte took it over. There were two lodges on the hill for the Foresters and the beech trees seen on the Ballybrittas walk and the Beech walk were part of that forest. It is also interesting to note that a 17th century road crossed over Bree hill, the remains of which can be seen on the western side of the hill.

Page load link
We use cookies on this site to enhance your user experience. By clicking “I agree” you are giving your consent for us to set cookies. You may opt out of using cookies on this site at any time by visiting the Privacy Policy page and using the Withdraw Cookie Consent option.

This website uses cookies to improve your experience while you navigate through the website. Out of these, the cookies that are categorized as necessary are stored on your browser as they are essential for the working of basic functionalities of the website. We also use third-party cookies that help us analyze and understand how you use this website. These cookies will be stored in your browser only with your consent. You also have the option to opt-out of these cookies. But opting out of some of these cookies may affect your browsing experience.
Necessary Always Enabled
Necessary cookies are absolutely essential for the website to function properly. This category only includes cookies that ensures basic functionalities and security features of the website. These cookies do not store any personal information.
Non-necessary
Any cookies that may not be particularly necessary for the website to function and is used specifically to collect user personal data via analytics, ads, other embedded contents are termed as non-necessary cookies. It is mandatory to procure user consent prior to running these cookies on your website.
SAVE & ACCEPT
Go to Top